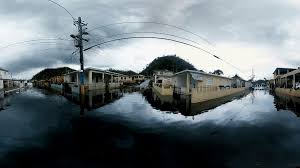 After hearing all the hype in the media about 360 ° photography and the reasons it’s the next big thing in memory capture, you’ve made the decision – you’ve bought a 360 ° camera and you’re ready to start creating, preserving and sharing the important moments of your life.

But 360-degree cameras are so different that you have to rethink your Samantha Marie Photography and attitude. Of course, after a little practice and experimentation, you will get used to it and start capturing moments that weren’t possible before. Here are some tips to get you started.

Get to know your camera and the app that comes with it.

First of all, get to know your 360 ° camera. How are photos and videos taken? Since there is no viewfinder, it is important to know how to tell if you are taking a photo or video and whether to turn the viewer on or off. This way you will avoid finding that your video begins with applause after a song instead of the song “Happy Birthday” (I speak from experience).

Almost all 360º cameras have a smartphone app that serves as a viewer / eraser, settings manager, and download client. It’s worth understanding how it works, if only to reduce the awful dummy shutter noise.

Get used to 360 ° photography – capture different moments and scenes.

Taking 360º photos is very different from doing it with a smartphone. So try it in different situations – you will be amazed at the results. And get used to being present in most photos: The real magic of the 360 ​​format is that you don’t have to pause to take a photo or selfie (although you can use tripods and selfie sticks for different types of shots).

Get used to photographing in 360º without being able to see the result immediately. This way, you can focus on capturing the right moment, and with a 360 ° camera you won’t have to hold anything in front of your face. For parents, this is especially helpful because they no longer have to decide whether they want to document the moment or be a part of it.

Learn how to download photos / videos from your camera to your computer.

Even if your smart phone’s camera app says it can upload photos and 360 video via Bluetooth or Wi-Fi, you’re wasting time (and battery) waiting for the data transfer to complete. So upload the photos to your laptop or desktop (see below). And if you’re shooting videos, be sure to download them directly to a computer, as this often requires an extra step of stitching.

If you have a camera like the Ricoh Theta that does not have a removable drive, you will have to extract the images from the camera yourself. On Mac OS X, our preferred application is Image Capture, which all Macs have. Windows computers often recognize cameras as external storage media, so you can copy photos as files.

Now is the time to see what you’ve caught! We are very used to being able to view our photos on smartphones or computers, but you will run into some problems when using traditional tools. The most important is that your 360 photos will look distorted, like this: