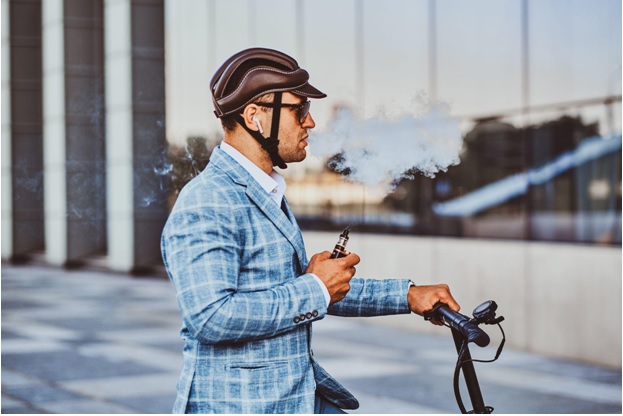 Smoking has many long term effects towards a person, not just towards their health, but also their lifestyle and relationships. Choosing to quit smoking, however, requires a lot of effort, especially for smokers who’ve become so used to having nicotine in their systems.

There have been many ways and methods to help people get over their smoking habit. And one more recent path that’s emerged is vaping. Vaping has been gaining in popularity in recent years, particularly among the younger generations. Compared to cigarettes and tobacco, after all, vaping is able to give that same oral fixation without many of the harmful effects of smoking.

In fact, if you’re a long-time smoker who’s been looking to quit for years, switching to non nicotine vapes might just be the way that you’ll be able to finally get rid of that dependence on tobacco. To try and convince you even further, here are some other reasons to consider switching to vaping as a way to help you quit smoking.

The first and most obvious reason to switch to a non nicotine vape is that you get to take care of your health much better than you would if you continued to smoke cigarettes and tobacco. In fact, The American National Academies of Sciences, Engineering and Medicine, as well as Public Health England both agree that vaping is less harmful than smoking. Public Health England even puts vaping as far as 95% less harmful than smoking.

Besides damage to the lungs, nicotine has also been shown to cause harm to one’s attention, mood, and learning capabilities. When it comes to societal effects, on the other hand, there’s also the risks involved in inhaling second-hand smoke. With vaping, you create much less of an impact towards yourself and those around you.

One of the largest complaints towards smokers is the fact that they smell. The pungent tobacco odor often sticks and stays in the air and it can be difficult to get rid of. Most of all, the smell of tobacco can often cause a rift between smokers and non-smokers.

On the other hand, while vaping does have an aroma, it’s far from the stale smell of smoke and cigarettes. Unlike cigarette smoking, which sticks to your clothes, your home, or your car, the smell of vapor is barely noticeable. This makes it not only more amicable for those around you, but also reduces the stigma that smokers receive from smoking tobacco.

3. You Get To Choose A Flavor

One of the most appealing aspects of vaping is the fact that there are different flavors involved. After all, one of the things that makes smoking addictive is the hit it gives. Non nicotine vape can give you that satisfying throat hit without the dire consequences of smoking tobacco.

Flavors can range from the fruity to the minty ones, down to even coffee and vanilla flavored pods. In fact, there are even tobacco-flavored pods without the actual nicotine doses. So if you’re looking to quit smoking, but can’t help but miss the taste of tobacco, vaping is still able to satisfy that itch.

4. You Have More Control Over Your Consumption

One of the best things that makes vaping better than smoking is the ability to be able to control your consumption of nicotine. For smokers, this can help in dealing with the withdrawal symptoms that come with the smoking addiction.

Quitting doesn’t mean you have to go completely without nicotine all at once. Rather, you can slowly and gradually reduce your nicotine intake through vaping, thereby lessening your overall dependence on it over time.

While switching to vaping does require an initial setup cost, in terms of consumption vaping is definitely more cost-effective. Twenty cigarettes a day, for example, can add up to $9,000 a year. Vaping, on the other hand, can cost only 10% of that amount. Of course, cost is also relative to the amount one consumes. But generally, vaping can definitely save you a lot of money, while at the same time help you better care for your health.

Intrigued enough to go ahead and try out vaping instead? One place we’d definitely recommend checking out is Cyclone Pods. Their two major products are the Thunder system, which is a pod-based system, and Gust disposable devices. The Thunder system is the more popular and familiar of vaping devices, with a wide range of flavors. However Gust disposables have also been doing quite well, and have great potential.

Kicking that smoking habit might just be within reach. If you’ve tried to quit countless times before, maybe it’s time to consider switching to vaping as a means of gradually loosening the reins that tobacco has over you. So if you’re at all interested, or have any questions about vaping, feel free to check Cyclone Pods as a place to get started on your journey towards a nicotine-free lifestyle.