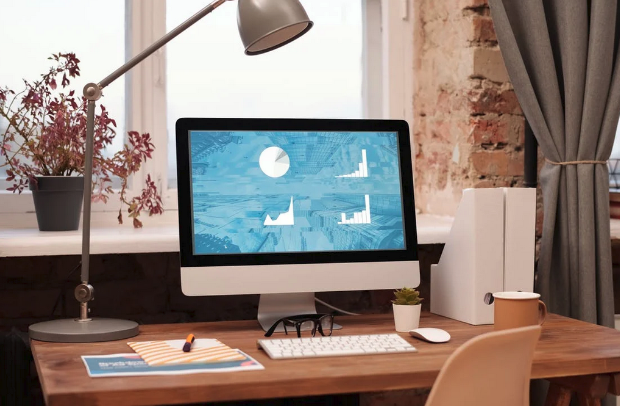 What is the definition of online advertising?

Online ads, unlike analogue commercials, allow you to target a specific demographic, such as a specific generation, gender, or geographic region, or based on historical data such as prior behaviour. Online ads are also interactive, which means that a person can respond to an ad by clicking on it or visiting your website.

Another advantage of online advertising is the ease with which analytics can be tracked and the performance of each ad campaign determined. You may evaluate the results in depth each time and identify potential areas for development, allowing you to consistently optimise your adverts, thanks to this abundance of data. Optimization through AI machine learning is also possible these days, and you can programme an ad to automatically choose photos and write copy with astonishing accuracy, despite the fact that it’s a recent discovery.

When you search for a physical product, product listings advertising (PLA) or shopping adverts display on a search engine. These are pay-per-click (PPC) ads, which means you only pay for the number of clicks your ad receives, not the number of times it’s watched. When I searched “vacuum” on Google, the following sample appeared.

As you can see, each result is clearly labelled “Ad,” resulting in a lower click-through rate than organic search results. If your website is still fresh and you haven’t seen any SEO results yet, product listing advertisements are a terrific way to gain immediate traffic to your site.

It can be perplexing because Google AdWords allows you to create two types of advertising. Regular Google advertisements, on the other hand, can be utilised by any form of business.

If your site is still fresh and you aren’t seeing results from SEO, this is a wonderful technique to fast improve your online traffic.

Because sponsored listings will be clearly labelled as such, the click-through rate (CTR) will be lower than organic search results.

Display ads, often known as banner ads, have been around for quite some time. This is a form of advertising in which a preset space on a website is purchased as “online real estate” for the purpose of posting an ad. The purpose of display ads is to increase brand awareness, and they’re perfect for attracting new buyers who haven’t heard of the product before.

Banner advertising can also be used in retargeting campaigns, in which you place ads on the screens of visitors who have previously visited your site in order to entice them back and persuade them to make a purchase. You can also target banner advertising to certain demographics, segmenting them by gender, age, or area, as well as the time of day they display.

The banner ad below appeared in the middle of a Forbes article, promoting a company named Gujarat’s Global Summit (it makes sense that it was targeted to me as I work internationally in Asia).

Banner advertising have the following benefits:

From your Google Ads account, you may easily access millions of websites via the Google Display Network.

People prefer to overlook banner ads since the internet is overrun with them, resulting in a low click-through rate (CTR)

Ad-blockers can prevent users from ever viewing your adverts.

The cost of ad space might be rather high.

Businesses utilise a demand-side platform (DSP) to bid on ad space in real-time and buy mobile, search, and video ads from a single marketplace. Rather than buying ad inventory from separate providers such as Google Advertisements, you can buy ads from several channels in one place.

Demand-side platforms also use a technique known as “programmatic advertising,” in which the ads you buy are contextually displayed based on a complicated algorithm. You’ll choose your advertising budget and main target ahead of time, and the algorithm will decide which advertisements to show people in real time based on a “bidding war” between you and other firms vying for the same audiences.

Because DSP platforms frequently work with third-party data providers, a lot of information about consumers who click on your advertising can be obtained.

With the help of the algorithm, we’ve improved our targeting (which equals more conversions!)

Because you must integrate a new DSP tool, the initial cost is high.

Some people find DSP technologies to be overly complicated, and knowing how to effectively employ them has a high entry-barrier.

Affiliate advertisements, or affiliate marketing in general, refers to when a website promotes another company’s ads in exchange for a commission on every lead that converts to a sale.

Affiliate advertisements have the following benefits:

The advertising company normally only pays for ad traffic that results in sales, thus the ROI is significant.

You have complete control over the conditions of your affiliate marketing programme, including how commissions will be calculated and how much you want to pay.

If you choose a popular blog or media site inside your desired topic, this is a great way to reach a specialised audience.

Affiliate advertisements have the following drawbacks:

Because so much is left up to the affiliate, there is less control over branding and creative components.

Advertisements that are native to the site

Native advertisements blend in with the appearance and feel of the websites they’re placed on, so they don’t stand out as much as traditional ads do, and instead blend in with the rest of the page’s design. Sponsored search results on Google, which look to be the same as the rest of the results, and social media ads, such as those on Instagram stories, which you may only watch for a few seconds because they appear to be normal stories at first. It should be noted, however, that a clear label telling the user that this is an ad is still required, as seen in this example of Google ads that appear when I search “web design services.”

Native advertisements have the following benefits:

When compared to pop-ups or obtrusive banners, it is non-disruptive to users.

Advertisements on a website can help media producers make money without sacrificing design or user experience.

Native ads combat digital weariness, or the fact that consumers are tuning out of traditional advertisements, and according to Outbrain, people glance at native ads 50% more than banner ads, implying more exposure and a higher click-through rate.

You must discover media sites with a look that complements your brand, restricting your advertising alternatives.

When we talk about video advertising, we usually refer to video content that appears on video-sharing sites like YouTube. Ads on YouTube are typically paid on a cost-per-view basis. Depending on your target industry and keywords, each view costs anywhere from $0.10 to $0.30. Furthermore, if you establish a maximum budget, you will only be charged that amount, and you will never go over it.

“TrueView In-Stream Ads” are the most prevalent sort of YouTube commercial. These are the ads that can be skipped before the main video begins. Advertisers are only charged for these adverts if the user watches for more than 30 seconds or clicks on the ad and visits a URL.

Another form of In-Stream ad is one that cannot be skipped and plays before, during, or after a video that is 10 minutes or longer. Because these ads are paid per click, you’ll want to include a compelling call to action to achieve as many conversions as possible.

In-Stream advertising are particularly cost-effective because they are often paid on a CPC basis (and even if your ad is skipped, you can still earn a few seconds of brand exposure!)

With video material, there are many options to be innovative and stand out from the crowd.

Video advertisements have the following drawbacks:

You don’t get to choose which films your advertising are shown next to, and there has been controversy in the past when ads were shown next to hate speech and terrorist content.

It’s difficult to get your message over in 5 seconds if your video ad can be skipped.

When it comes to email marketing, there are two common approaches. The first is to place banner ads and links in the header or footer of email newsletters, while the second is to have people register their preferences and then send advertising emails based on those preferences.

Email advertisements have the following benefits:

It is completely free to send an email.

Email advertisements have the following drawbacks:

Because it’s tough to get people to open a promotional message in the first place, and even more difficult to get them to click on the ad if it’s not directly relevant to their needs, email ads have a low click-through rate.