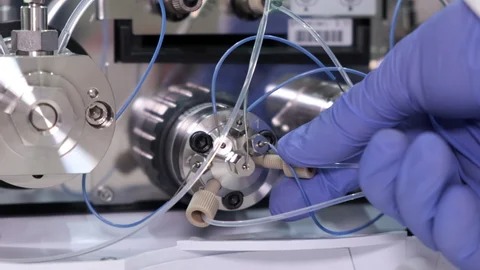 Today biomedical and pharmaceutical laboratories increasingly require robust techniques to measure minute quantities of targets in complex biological matrices. This task gets further complicated when analyzing hundreds of target analytes while maintaining accuracy and data quality. Combining liquid chromatography with mass spectrometry (LC-MS) has been a boon in meeting all these stringent demands.

Because of its efficiency and versatility in handling complex biological matrices, the LC-MS method has become the primary technique in modern bioanalytical testing. The liquid chromatography component separates the target compounds while the mass spectrometry unit detects them based on their mass-charge ratio. Researchers today heavily rely on LC-MS assays to detect analytes from various sources such as pesticides, drug metabolites, and food contaminants. The current article focuses on the different stages of LC-MS analysis. Let us first understand LC separation and detection and then move on to LC-MS detection.

Due to being a more selective and sensitive detector, the mass spectrometer has emerged as a robust detector with liquid chromatography techniques. While LC instruments operate at ambient pressures, mass spectrometry needs a vacuum. Hence, both these instruments are coupled through an interface. After eluting from the LC component, the analytes enter the interface, where they are vaporized and ionized. Only after ionizing the analytes, the MS unit can detect them from the study sample.

Once the analytes enter the MS unit, they are subjected to magnetic and/or electric fields. Varying these fields ensures that the ions are altered and separated from one another. Post-separation, the ions are collected and detected by MS detectors. Ideally, secondary electrons are released after the ions strike the MS surface. These electrons are multiplied, and the amplified current is measured and correlated to determine the ion concentration.

In conclusion, LC-MS testing has been employed increasingly in several biomedical and pharmaceutical settings. However, adequate focus on LC-MS method development and validation will be crucial for its evolution in LC-MS labs.