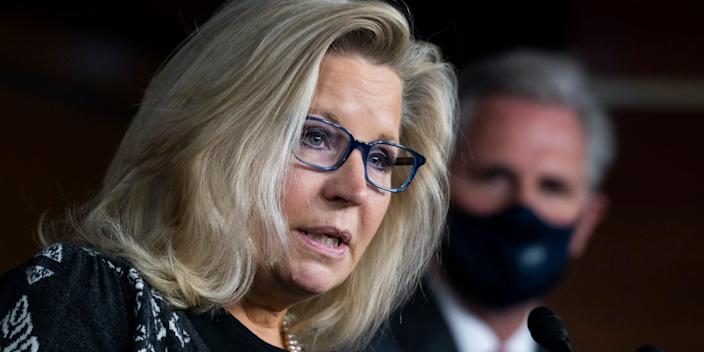 House GOP leadership reportedly isn’t pleased with Rep. Liz Cheney (R-Wyo.) these days and her job as GOP conference chair may be on the line, but the congresswoman remains undeterred in her efforts to combat former President Donald Trump’s false claims about the 2020 election.

The Twitter-less Trump released one of his rare statements on Monday morning, a one-liner that reads: “The Fraudulent Presidential Election of 2020 will be, from this day forth, known as THE BIG LIE!” The statement appears to be an attempt to co-opt the term used by many Trump opponents to describe his claims that he really won the election, and Cheney seemingly wants to ensure that doesn’t happen. Not long after Trump’s words were made public, Cheney fired back, tweeting that, on the contrary, “anyone who claims” the election was fraudulent “is spreading THE BIG LIE.”

The 2020 presidential election was not stolen. Anyone who claims it was is spreading THE BIG LIE, turning their back on the rule of law, and poisoning our democratic system.

As Politico notes, House Leader Kevin McCarthy (R-Calif.) has suggested he wants Cheney to move on from the issue and focus on policy, so it’s unclear how he’ll take the latest development.