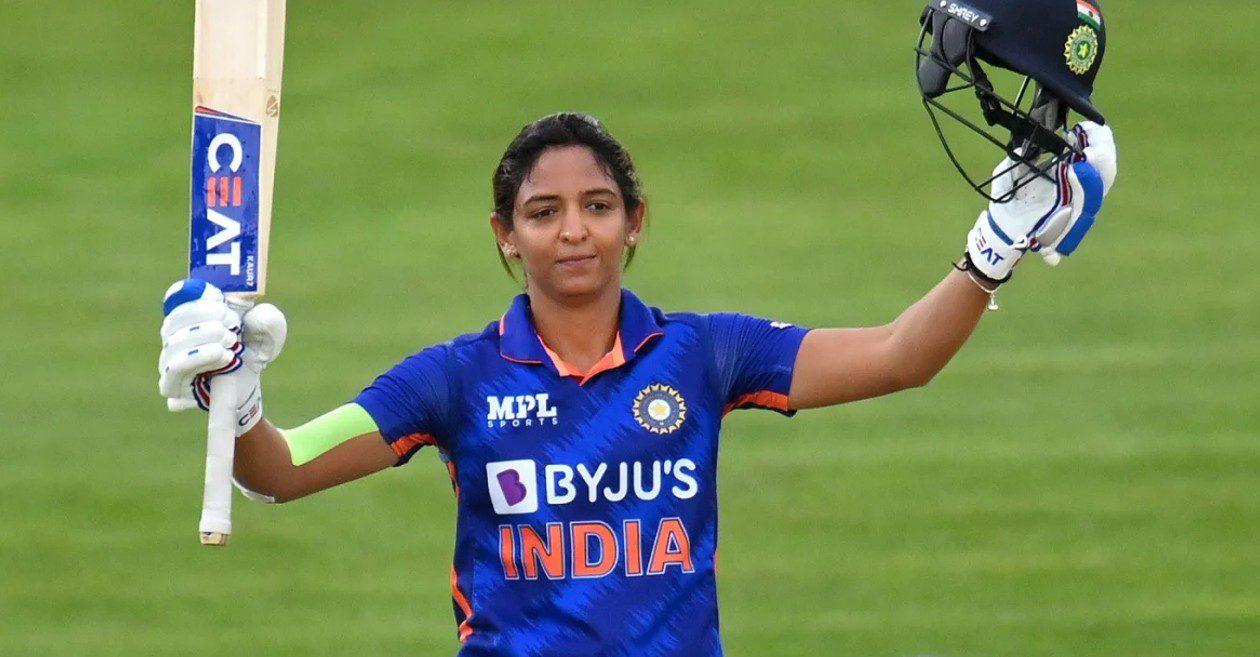 Harmanpreet scored her first century with 103 runs in the shortest form of cricket against New Zealand. This made her a part of cricket history. The previous record for the highest score by a woman batsman was 102. Harmanpreet’s big scores have all come during the World Cup, and most of them have been against top teams.

According to today’s women’s cricket match, India is currently going crazy over Twenty20, so let’s take a look back at some of Harmanpreet Kaur’s most famous innings:

Harmanpreet Kaur is shown here during the first Women’s Twenty20 International match, which took place at Adelaide Oval on January 26, 2016. Australia and India were the two teams in the game.

India’s tour of Australia is one of the cricket games that people look forward to the most every year. There’s no reason to think that the 2016–2017 India Women’s series against Australia will be different. The Australians were in a good mood and had set up a stronghold on their land, which gave them an advantage. On the other hand, India’s home team had just lost to South Africa in a humiliating way.

Because they didn’t take into account how the pitch changed throughout the day, it was hard for the Indian batting lineup to reach the goal. The Indian team’s captain, Mithali Raj, was out when the score was 7-1 in the second over. Even though Smriti Mandhana and Veda Krishnamurthy scored 54 runs together, India went from being ahead by 62-1 to being behind by 91-4 during the match. As the number of runs scored kept going up and her team kept losing wickets quickly, Harmanpreet Kaur came to the crease under a lot of pressure.

The Bangladesh Women’s team played a series of games in India to get over how badly they did at the 2013 World Cup. India won the first one-day international because Harmanpreet Kaur, who was filling in for the regular captain, put together a 63-run unbeaten stand.

In the second One-Day International (ODI), India won the toss and decided to bat first after making their choice. At the end of the 20th over, they had 75 runs for two wickets, and Harmanpreet walked to the crease. Poonam Raut, who batted first, was still in the game when she and her partner scored 109 runs off 126 balls to set up a strong first-innings score.

After Raut was out with 80 runs, Harmanpreet and Anagha Deshpande added another 52 runs. With this, they now had 152. Harmanpreet was out by Salma Khatun’s bowling in the 48th over, not long after she hit her second century in an ODI. At that point, India’s innings were called a success, with 256 runs scored and 6 wickets down.

Harmanpreet’s score of 103 was unbeatable because he hit 11 fours and 2 sixes out of 100 balls. She also became the sixth Indian player in the history of one-day internationals to score 1,000 runs, which is a big deal in the sport.

Bangladesh had to score at a rate of almost five runs per over to stay in the game with such a high score. On the other hand, the Indian spinners did a good job of slowing down the run rate and regularly took wickets.

Harmanpreet Kaur played England in a match for the ICC Women’s World Cup on February 3, 2013, at the Brabourne stadium in Mumbai, India. During the match, Harmanpreet Kaur scored an amazing 100 runs.

The 2013 Women’s World Cup got off to a good start for India when they beat the West Indies by a score of 110 runs. This win made them stand out from the other teams. But England was an obstacle that couldn’t be gotten around. This player had been in great shape and hit a remarkable 109, which helped England beat India with a good score of 272/8. India had a score of 272 for 8.

India had to find motivation from within to beat the crushing score, so it made sense that they did so. As India’s batting order struggled to 29/3, Mithali Raj was taken out of the second spot and replaced by Harmanpreet.

Harmanpreet Kaur made her debut with the Indian national team at the 2009 World Cup, which was held in Pakistan, one of India’s most bitter and long-standing rivals. Even so, the child handled the stressful situation in a very grown-up and responsible way. Even though Kaur didn’t do much with the bat in the game, she bowled four overs and caught Armaan Khan off a ball that Amita Sharma had thrown.

So, this shouldn’t be a big surprise. Harmanpreet’s score of 171 is not only the highest of her career but also one of India’s highest scores in a long time. Timing and delivery are two things that add to the high level of admiration for the wonderful swashbuckling.

Stand at the third wicket. This helped get the batting order back in order. After that, she joined forces with Deepti Sharma, who scored 36 and was eventually out. As the innings went on and Sharma found his rhythm, Kaur, who had been careful against the Australian bowlers at the start of the game, started hitting them out of the park. After a short time, she had completely taken over the bowling side by doing amazing pulls, big fours, and soaring sixes.