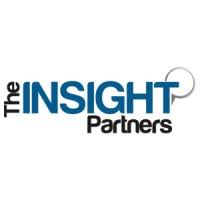 The global aircraft lighting market accounted for US$ 2.21 Bn in 2017 and is expected to grow at a substantial CAGR over the forecast period 2018–2025. Asia Pacific is expected to be the region experiencing ample of opportunities for the manufacturers and providers of aircraft lights. Developing economies are facing an increase in the level of per capita income which further increases the disposable income of individuals and henceforth their spending limits.

Get Sample Copy Of This [email protected] https://www.theinsightpartners.com/sample/TIPAD100001369/

STG Aerospace has signed an agreement with the Alaska Airlines and has introduced the updated and latest version of liTeMood LED retrofit lighting system for Airbus A330 and A320 aircrafts. The lighting products are launched at the Aircraft Interiors Expo (AIX) in Hamburg, Germany. The contract states that The Alaska airline is to deploy the next-generation saf-Tglo SSUL photoluminescent emergency escape path marking system (EEPMS) of STG on 116 aircraft in its new Boeing 737-700, Airbus A320, MAX 9 fleets would also fulfil the requirement of retrofitting.

Geographically, the market for aircraft lighting has been segmented on basis of five strategic regions namely; North America, Europe, Asia Pacific, Middle East and Africa, and South America. The most prominent region in the current market scenario stands for Asia Pacific owing to the rapid procurement of aircrafts by the commercial airlines and defense forces. The market for aircraft lighting is foreseen to witness an expeditionary growth in Asia Pacific region, pertaining to the huge demand for modification or retrofitting of advanced lighting solutions. Asia Pacific is followed by Middle East and Africa region, with the second largest market share in the global aircraft lighting market.