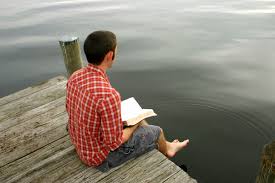 But first a question: When was the last time you received a personal letter (or e-mail) from a close friend or loved one?

Do you remember the anticipation you felt when you opened the letter/email and started reading it? You couldn’t read it fast enough, could you?

Now stop and think: did you read the whole letter or just the first few sentences and put the letter aside with the intention of reading it later?

Now you may be thinking, “What a silly question… Of course, I read the whole letter!”

Think about what happened about 2,000 years ago when the Christians in Ephesus received a letter from the Apostle Paul. Do you think these believers were in an excited state of mind when they gathered to hear what their spiritual father had to say? At the time he wrote this letter, Paul was imprisoned in Rome, but he kept in touch with many of the churches he founded by writing letters – 13 of those letters are preserved as part of Scripture, and he probably wrote many more letters that are not preserved in the Bible.

Imagine you are a Christian in first-century Ephesus… When you come to a weekly prayer meeting at your neighbor’s house, the leaders of the congregation are excited-” Paul sent us a letter! Sure, he’s still in jail, but he sent us a letter!

So all the believers listen intently when someone starts reading the letter:

“Paul, Apostle of Christ Jesus according to the will of God, to the saints in Ephesus who believe in Christ Jesus: Grace to you and peace from God our Father and the Lord Jesus Christ.”

The words just jump off the parchment into your heart. Yes, that already sounds a lot like Paul. He called us “saints” and “believers in Christ Jesus.” Oh, how sweet those words sound in your ears. It’s as if he was there among you, and the words of truth flew from his lips with that unique combination of humility and courage that you appreciated during the three years he spent in Ephesus as your spiritual mentor.

The reader continues, “Blessed be the God and Father of our Lord Jesus Christ, who has blessed us in the heavenly realms with every spiritual blessing in Christ.”

Yes, yes! The believers around you are now filled with joy. We have so many spiritual blessings in Jesus our Savior; we have so many things to praise God for! Paul spent many hours explaining these blessings to us while he was here-oh, how great it will be to hear him teach these truths again today through this letter!

But suddenly the reader stops and decides enough is enough. “Come back tomorrow night, and I’ll pick up where I left off. I don’t want to read the whole letter tonight. That’s all for tonight.”

Okay, you can stop pretending to be a first-century Ephesian and go back to the 21st century. My example above was perhaps a bit of a stretch – you don’t think the Ephesians only read the first few sentences of Paul’s letter, do you? No, of course not!

They would have read the whole letter, wouldn’t they?

Wouldn’t they have even read the entire epistle in one sitting?

My friend, when was the last time you read one of Paul’s epistles completely in one sitting? Have you ever read a whole book of the Bible in one sitting?

When Paul wrote his epistles, they were written with the intention of being read in their entirety in one sitting. Therefore, when we read Paul’s epistles, shouldn’t we read them as they were meant to be read?

If you have never done so, I encourage you to try to do so today. Start with Ephesians or one of the other shorter New Testament epistles, and together we can bring this forgotten method of Bible Reading Plans back to the 21st-century church.