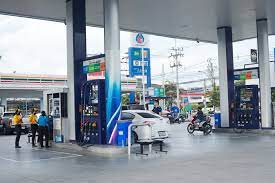 www.autofun.co.th—According to Thai media reports, on September 21, the Thai cabinet agreed to extend the biodiesel subsidy measures for 2 years, with the new adjusted deadline of September 24, 2024. After the recent general reduction in international oil prices, the domestic retail price of oil products in Thailand has also been reduced significantly, but the price of diesel has not been reduced significantly because of the fuel tax.

Thailand’s Prime Minister’s Office deputy spokesman Daisy said, Thailand’s cabinet meeting discussed and approved the decision to extend the biodiesel subsidy measures for two years, that is, from September 24, 2022 to September 24, 2024. The Thai government encourages the development of biodiesel use, whether in blending palm oil or ethanol in the hope of using fuel funds to support the development of biofuel use.

According to Thailand’s fuel fund subsidy regulations, the biofuel use subsidy policy can normally be subsidised twice in a row, but each time cannot exceed 2 years. The move will also help stimulate the sustainable development of Thailand’s domestic biofuel industry and ensure stable income for farmers. Fuel funds might be somehow expected the fuel price(ราคาน้ำมัน) to some extent.

Previously, to help mitigate the impact of high energy prices and the cost of living, a Thai cabinet meeting has reportedly decided to extend the diesel tax cut and energy subsidy extension by two months until 20 November, while the minimum wage will be raised. Thai Finance Minister Akon said at the time that the extension of the diesel tax cut would cost the government about 20 billion baht (1 yuan equals about 5.27 baht) in lost revenue, but this should not affect the fiscal situation. He believes that Thailand’s economy is expected to grow by 3.5% this year, driven by increased exports, a recovery in tourism and government support measures.

In addition, the Federal Reserve made its fifth interest rate hike so far this year on the 21st, and the third consecutive 75 basis point hike. As a result of this news, the Thai baht also weakened sharply against the US dollar today, falling to 37.37 baht per US dollar. This sparked strong concern after the baht’s mid-price fell below the 37 baht mark against the US dollar, which, while potentially positive for Thai exports, could be potentially risky for Thailand, which relies on imported energy to meet its domestic needs.