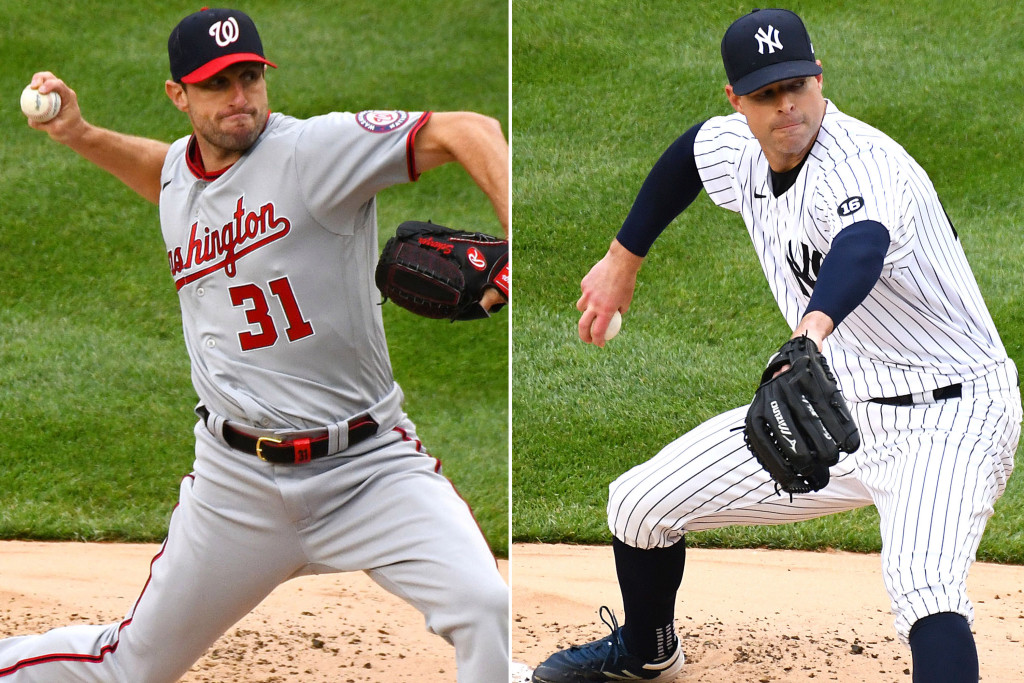 Though Corey Kluber and Max Scherzer may not be at their peaks (both are four years removed from the last time they were voted the top pitcher in their respective leagues), hits were still at a premium, and there were whiffs aplenty before the Yankees got to the Nationals’ bullpen for a 4-3 win in 11 innings.

“I didn’t like watching Scherzer as much because he was kind of going through us and really had his A-stuff today. So he was tough,” Yankees manager Aaron Boone said. “But I thought Klu threw the ball really well again.

“Scherzer on the other side was a load. He was heavy today, but we were able to hang around and find a way to win a ballgame, which is really nice.”

The Yankees made sure Scherzer’s dominant outing went to waste, but not before he mowed them down for 14 strikeouts and gave up just two hits over 7 ¹/₃ innings. The three-time Cy Young winner set the record for strikeouts by an opposing pitcher at the new Yankee Stadium.

Kluber, a two-time Cy Young winner, wasn’t quite as sharp, but still turned in his third straight strong outing, giving up only two runs over 5 ²/₃ innings in the no decision.

Over his last three starts, Kluber has given up just three runs across 20 ¹/₃ innings, striking out 21 in the process.

Kluber worked into trouble in the third inning Saturday, loading the bases with one out on three straight singles. He got a second out on a force play at home, but then pitched around Juan Soto to walk in a run as the Nationals took a 1-0 lead.

The Nationals got to Kluber again in the sixth. Kyle Schwarber doubled and Starlin Castro followed with an RBI single to give Washington a 2-1 lead and chase Kluber from the game.

“Overall, I thought he threw the ball really well,” Boone said. “I thought he made adjustments as he went. He did his job as far as keeping us right there and giving us a chance to win that game.”